Sanigar Events and S4C are proud to announce a huge night of championship boxing at the Ice Arena Wales on April 14th. In the headline event Ashley Brace, Wales’ undefeated female contender will drop down in weight to take on Germany’s Xenia Jorneac for the vacant European super-flyweight championship. Brace fought an enthralling back and forth contest last time out that ended in a draw against Melania Sorroche for the European title at bantamweight but feels that boxing at the higher weight put her at a disadvantage:

“When I boxed Melania it was a great contest but I didn’t feel at my best, she was much stronger than I thought, it was a combination of things. Moving down to super-flyweight will give me a big advantage in size and strength. I know that with the team around me I will be fighting for world titles very soon and beating Xenia on April 14th will put me in the perfect positon to do so, this is a must win for me, I want to make a statement.”

Her opponent Jorneac is a tricky southpaw, originally from Romania but has boxed her entire professional career out of Germany. She has 8 wins on her record against just 2 defeats, both coming against undefeated opposition and is ranked number 2 in Europe. This will be the biggest test of her career so far and the chance to stage an upset and boost herself into the top 10 of the world ratings.

In the chief support contest former Welsh super-welterweight champion Tony Dixon will hope to become a two weight Welsh champion when he battles Pontypool’s Kieran Gething for the title at welterweight. Dixon claimed the super welterweight version in sensational fashion last March with a 100 second knockout of Wrexham’s Mike Jones at the Merthyr Leisure Centre. Following on from that he defeated Sheffield’s teak tough Serge Ambomo in a career best performance over 6 rounds before a gallant points defeat to undefeated prospect Ted Cheeseman away from home at the York Hall, Bethnal Green. Following the defeat to Cheeseman and his considerable disadvantage in size on the night, Tony’s team made the decision to move back down to welterweight in search of titles.

Kieran Gething is the former amateur captain for Team Wales and has made a fast start to his professional career boxing 6 times in 13 months and has his sights set on winning the prestigious national title.

Former Commonwealth Champion Jamie Arthur who manages Kieran Gething is excited to secure his prospect a shot at the Welsh title:

“I think it’s a great opportunity for Kieran to challenge Tony. I remember when I defeated Dai Davies to win my Welsh title back in 2008, 10 years on I have every faith that Kieran can use his boxing skills and do the same.”

Sanigar Events will announce major fights featuring the return of British title challenger Craig Kennedy. Newly crowned Welsh lightweight Champion Gavin Gwynne will box in the third championship contest of the night to be announced shortly. Hard hitting Welsh light heavyweight Champion Nathan Thorley will aim to follow up on his impressive knock out of Commonwealth medallist Jermain Asare with a big win against a top international opponent.

Popular undefeated prospects Daniel Barton from Newport and Swansea’s Kristian Touze also feature along with Jacob Robinson the son of former World Champion Steve Robinson who began his professional journey with a KO win in December. Slickster JJ Evans will box at home for the first time in his 6 fight career so far and Barry’s Jason Sillet will make a welcome return to the ring. Completing the line up will be Sanigar Events latest signing Kacper Dudzinski from Swansea.

Promoter Jamie Sanigar is pleased to be promoting his second live show in partnership with S4C:

“This will be another fantastic night for Welsh boxing and I’m delighted we’ve secured home advantage for Ashley Brace’s second challenge for the European Title. This is Ashley’s big chance to win a major title and at the premier venue in the Welsh capital. Dixon against Gething is a fight that has captivated the imagination of Welsh fight fans, everyone in the game knows that Dixon is a real puncher but Gething has amateur pedigree and is hungry for that welsh title. Its a major boost for Welsh Boxing to have secured free to air national TV on S4C once again and I believe this line up can emulate the fantastic show in December.” 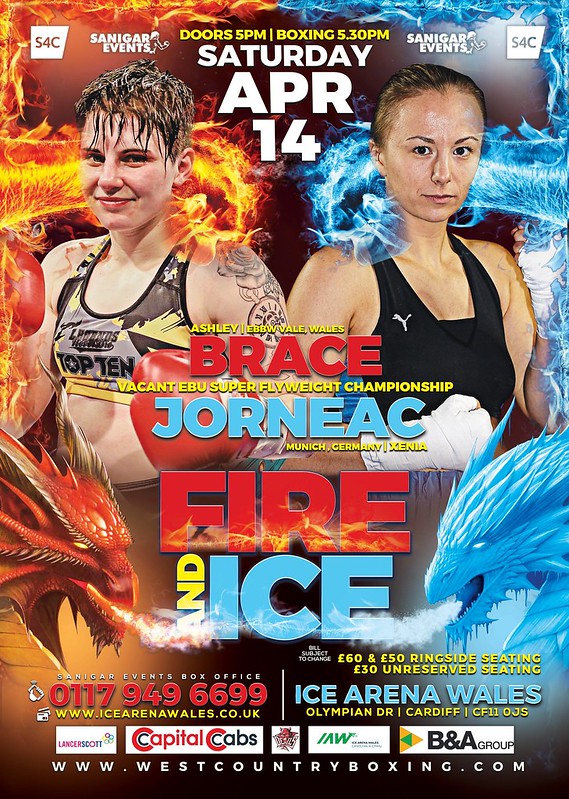 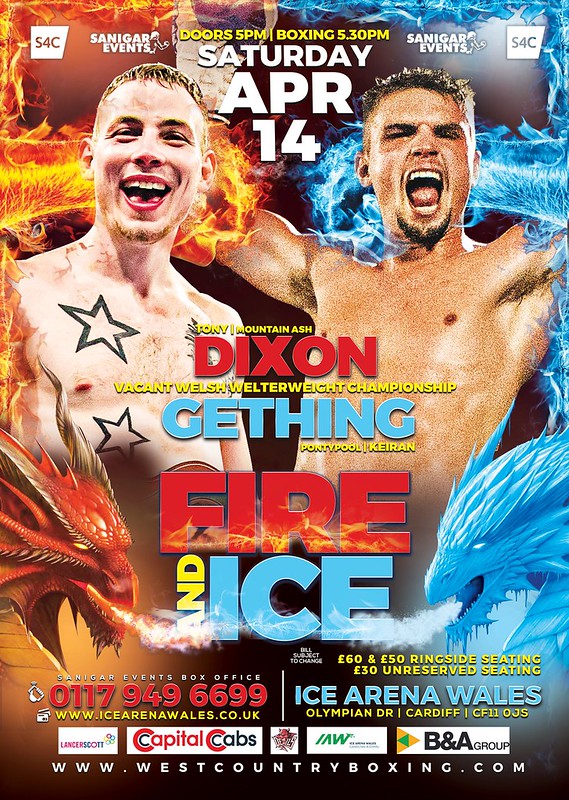